Medal of Honor Recipient, US Marine, Dakota Meyer, Runs for Congress on Eve of Government Shutdown

Dakota Meyer, US Marine and Medal of Honor Recipient has announced he is running for congress on the eve of the government shutdown. Meyer’s timing and initiative, not to mention bravery, is exactly what earned this US Marine the nation’s highest award for valor.  Meyer disobeyed orders, got into a Humvee, and reentered the battle five times to extract both US personnel and Afghans.  Meyer announced his intent to run for Congress via Twitter along with hints at bigger plans: POTUS.

From Dakota Meyer’s Facebook Page:  Meyer was born in Greensburg, Kentucky, and after completing training to be a United States Marine, he deployed to Fallujah, Iraq, in 2007, as a Scout Sniper with 3rd Battalion 3rd Marines. He gained national attention for his actions in Afghanistan during his second deployment in Kunar province with Embedded Training Team 2-8.

On September 8, 2009, near the village of Ganjgal, Meyer learned that three U.S. Marines and a U.S. Navy corpsman were missing after being attacked by a group of insurgents. Upon hearing the news he charged into an area known to be inhabited by insurgents and under enemy fire and eventually found them dead, stripped of their gear and equipment. With the help of some friendly Afghan soldiers he got the bodies to a safer area where they could be extracted.

On November 6, 2010, the Commandant of the Marine Corps General James Amos told reporters during a visit to Camp Pendleton, California, that a living Marine had been nominated for the Medal of Honor. Two days later, Marine Corps Times, an independent newspaper covering U.S. Marine operations, reported that the unnamed individual was Meyer, citing anonymous sources. CNN confirmed the story independently two days later.

On June 9, 2011, the Marine Corps announced that two other Marines on Meyer’s team in Ganjgal would receive the Navy Cross, the second-highest valor award a Marine can receive. Capt. Ademola D. Fabayo and Staff Sgt. Juan J. Rodriguez-Chavez were recognized for their roles in retrieving the missing Marines and corpsman. Before Meyer went looking for them on foot, Rodriguez-Chavez also drove a gun truck into the kill zone while Fabayo manned its machine gun.

On July 18, 2011, President Barack Obama called Meyer and informed him his case for the Medal of Honor had been approved, Marine Corps Times reported.

On August 12, 2011, it was announced by the White House that Meyer is to be awarded the Medal of Honor in a ceremony on September 15. 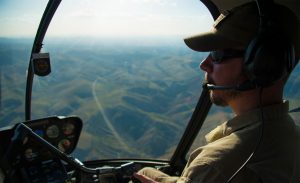