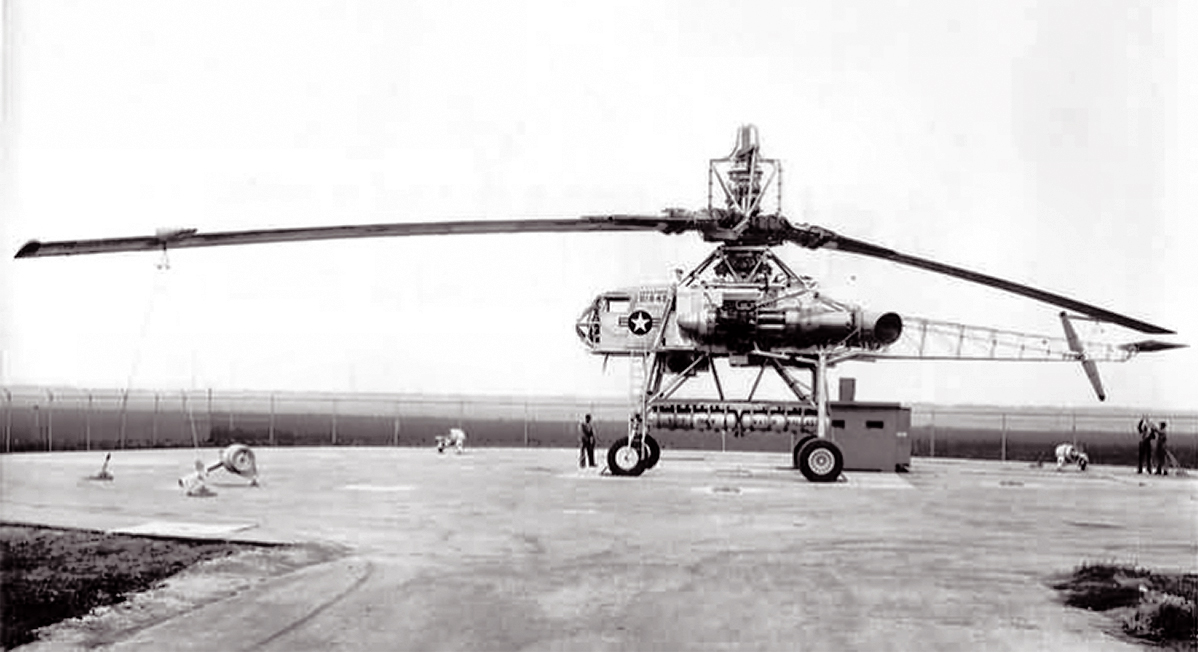 Mission Impossible Ahead of Its Time – XH-17 Sky Crane

Mission Impossible 1947: Develop a helicopter capable of lifting heavy military vehicles up and over rivers, canyons, and other obstacles. This was the idea put forth by the Air Force. In 1947, a now well-known entrepreneur by the name of Howard Hughes bought the rights to the XH-17 and commissioned the work to begin immediately. Although a bit of a Frankenstein body with parts from several aircraft, the project began to take shape by 1948.  The consensus was to use the controversial concept of slapping 2 GE J35 turbojet engines on the airframe and turning the ridiculously sized rotor blades (129 ft. diameter) with bleed air from the tips. This Mission Impossible took flight for the first time in public on the 23rd of October 1952.

Investor of the Future

Howard Hughes made a lot noise in Hollywood throughout the 20’s, but made the most in the aviation industry with world speed records, the “Spruce Goose,” and purchasing Trans World Airlines. Of course, Hughes had no fear investing into impossible missions like the Hughes D-2, XF-11 and of course the XH-17.

Shortly after the XH-17 project began, it was obvious that this monumental undertaking was a costly one. With military contracts being awarded to the lowest bidder, unique, low cost designs were put forth, including the option to “Frankenstein” the airframe. The creation of this Rotorcraft Frankenstein included a front wheel from a B-25 Mitchell, rear wheels from a C-54 Skymaster, a bomb bay-mounted fuel tank from a B-29 Superfortress, a tail rotor from a Sikorsky H-19, and a Waco CG-15 Cockpit. A body that even Dr. Frankenstein might would be proud of…

“When the blade-tip jet engines on the helicopter fired up, flames shot from the ends of the rotor blades. The whoosh-whoosh of the whirring blades sounded like hundreds of artillery shells in flight,” reported a Los Angeles Times reporter.

“You could hear it seven or eight miles away” – Gale Moore, Test Pilot of the XH-17

It must have been a sight to see (and hear) when the two 5,000lb blades began to turn that day in October 1952.  This unbelievable system of taking two turbojet engines to bleed air to the tips of these enormous blades and propelling them was used because of its minimal torque effect on the airframe. With all of the torque out at the blade tips, the torque compensation of the tail rotor was extremely low. This is why the Sikorsky H-19 tail rotor was able to be used on this Rotorstein.

Beginning of the End…

On October 23rd, 1952 at Hughes Airport with Howard Hughes, military officials, the press, and the public in attendance, Gale Moore, XH-17 Test Pilot, took to the air with the behemoth. Knowing that the flying monster was the only one in existence, Moore hovered in every direction and flew a circle pattern in front of a crowd awed by the magnificent engineering milestone. Unfortunately, with the combined issues of high cost, the inefficient power plant, and inability to fly further than 40 miles at a time, this “Flying Crane” remained one of a kind. Mission Impossible realized ahead of its time.

Stay Ahead of The Aircraft AND The Employer 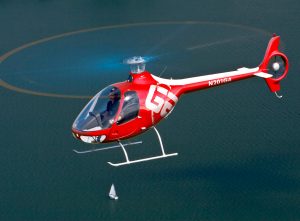